"I don't know what I'd do if you weren't here. If something happened to you."   —Penelo 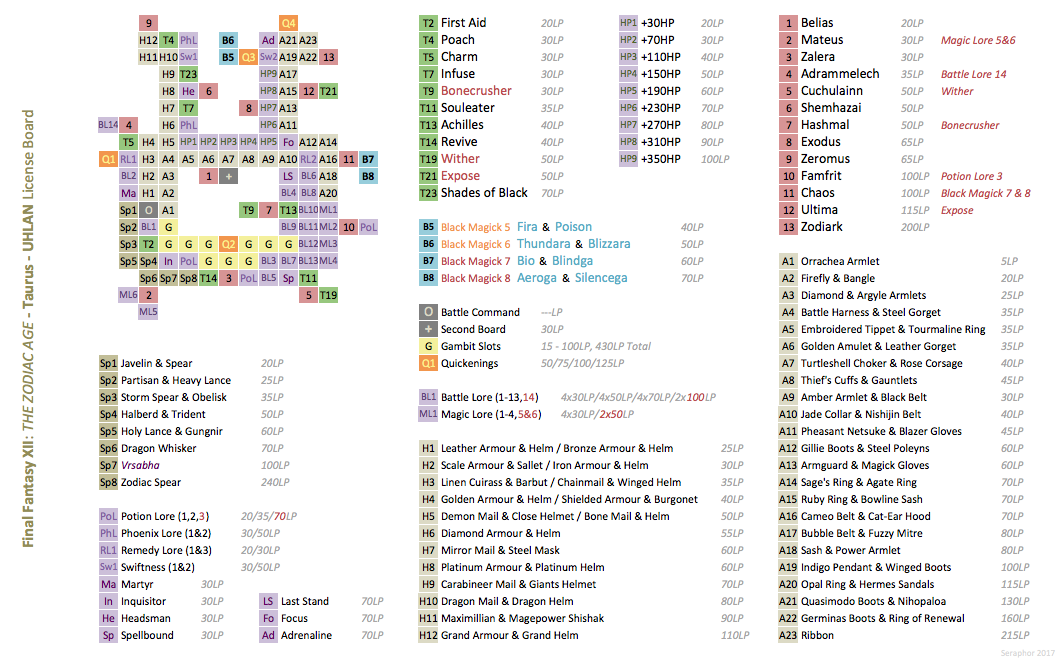 Image credit to Seraphor at GameFAQs.

Uhlan has access to 131 licenses and 11 optional licenses through the unlocking of Espers and Quickenings.

They have access to 11 Technicks (three of which must be unlocked) and eight black magicks (if unlocked).