"Be careful. You'll never fly anything if you're rotting in a dungeon."   —Penelo

“Swordmasters who devote themselves body and soul to their lords.” 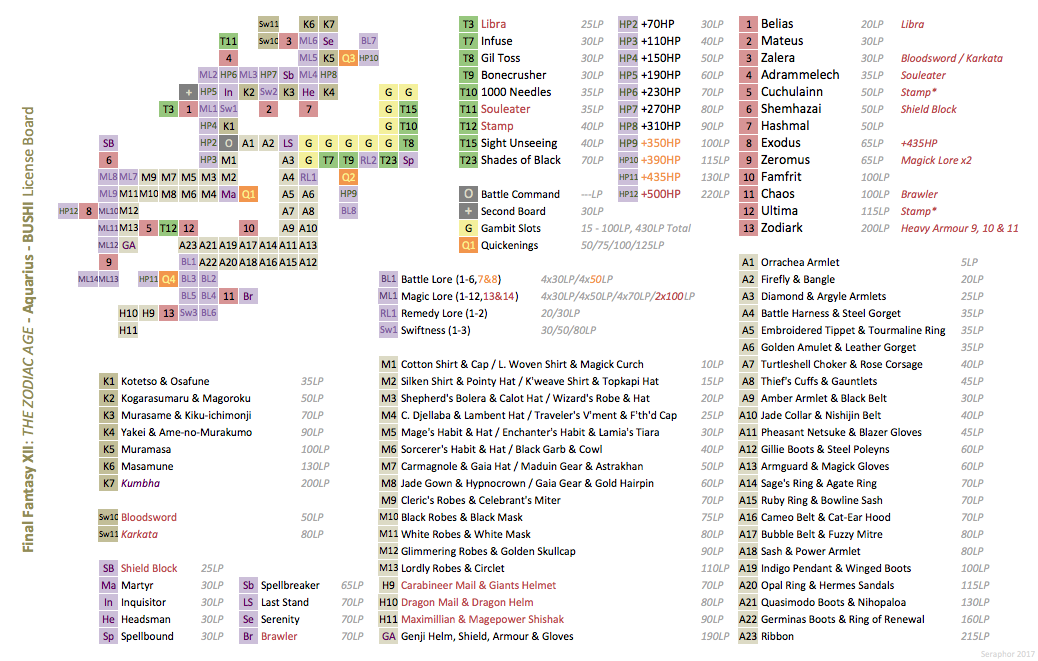 Image credit to Seraphor at GameFAQs.

Bushi has access to 133 licenses and 18 optional licenses through the unlocking of Espers and Quickenings.

Their primary weapon is the katana and their primary armor is mystic armor. Two swords and six pieces of heavy armor can also be unlocked.

They have access to a total of eight Technicks (three of which must be unlocked); however, they are unable to use magicks.

Bushi has access to three instances of Swiftness and is one of three jobs eligible to wear Genji Armor (the others being Foebreaker and Knight).